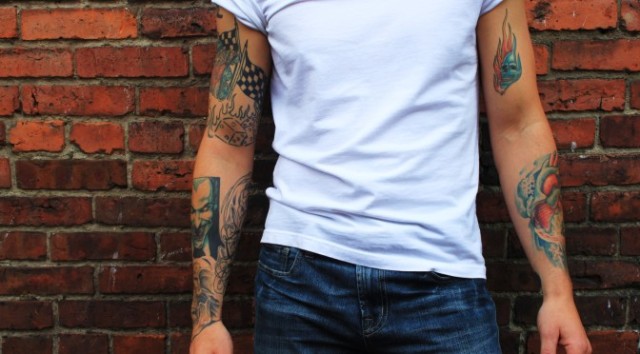 For as long as he can remember, truck driver Jamie Miles has had a fascination with tattoos. Maybe it was the art that he loved so much, or the “thrill of feeling like a bad ass” as Jamie describes it.

“I still remember when I was seventeen years old. I was counting down the days before I was of age to get my first tattoo.” When the time finally rolled around, Jamie ventured down to Universal Tattoo on Broad Street. With an idea in mind and money in hand, Jamie got his very first tattoo, a shamrock on his shoulder.

Months later, Jamie felt his other shoulder was looking bare, so he decided to even things out a little. Still impressed with the artwork from Universal, Jamie went back to have his second tattoo done – a fighting Irish leprechaun!

As it turned out, Jamie’s passion for tattoos would motivate him to continue getting tattooed for many years to come. Jamie now has several tattoos ranging all over his body; he told us he absolutely loves each and every one of them. Let’s hope so!

“The funniest part of this whole thing,” says Jamie, “is that I never knew why I was so into tattoos. Then one day I was chatting with my mom, she told me that her father (my grandfather) was a huge car fanatic. He would buy and sell cars all the time. I have always been into cars and have made a living over the years following in the footsteps of my grandfather. My mother then went on to explain how her father was covered in tattoos. Call it ironic but I think the whole tattoo thing might just be in my blood!” 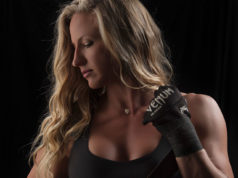 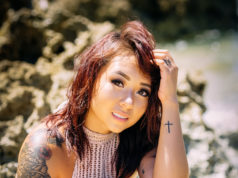 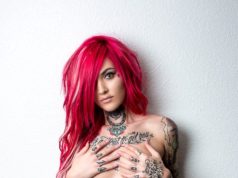